Mr. Hong opened the door for me and just stood there in the doorway. “Who is Frankie Valli?” he asked. That was an interesting question coming from my elderly Chinese Mien Shiang teacher.

“Well, he’s a singer. He was the leader of a very popular group of singers a long time ago. From New Jersey, I think. Have you heard of doo-wop?” 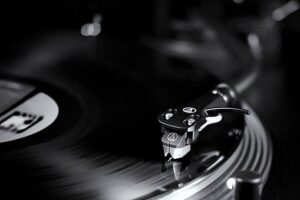 “No, no,” Mr. Hong said waving my words away with his hands as he finally let me into his herb shop. “Well?” he asked and hung my dripping raincoat from a hook on the forest green wall. He was bursting to tell me—something. Finally, he blurted, “Frankie Valli is Doyo!”

You could’ve heard a pin drop while Mr. Hong looked me straight in the eye raising his bushy eyebrows unnaturally high and holding back a grin. For a few long seconds, I racked my brain trying to figure out what he was so excited about. Then I burst out laughing.

“Frankie Valli is the fifth season!” I yelled. “That’s brilliant, Mr. Hong. Did you make that up?”

“Sure,” he said, then added. “Also, youngest daughter gave me the idea.”

Whenever I teach the Five Element Seasons, I share my story of Mr. Hong and Mr. Valli. Sometimes it gets a laugh. Even if it doesn’t, most students don’t forget that there are five seasons according to the Taoist Five Element Theory.

The seasons are integral to the Taoist teachings and way of life. If you are from the United States, you are likely to be familiar with Feng Shui. According to the Merriam Webster dictionary, Feng Shui is: a Chinese geomantic practice in which a structure or site is chosen or configured so as to harmonize with the spiritual forces that inhabit it. also : orientation, placement, or arrangement according to the precepts of feng shui. 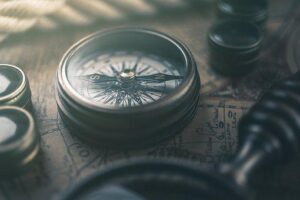 Feng Shui focuses on the directions North, South, East and West, and the Center of the building or land that is being balanced according to this ancient practice. Taoism associates each direction with one of the Five Elements: Wood, Fire, Earth, Metal, and Water. Everything in the Universe is categorized by one or a combination of the Five Elements.

So, naturally, each Season has its own Element. Spring is Wood, Summer is Fire, Autumn is Metal, and Winter is Water.

Wait. Why does Earth Element get left out?
It doesn’t.
Earth is the fifth season. And it’s called Doyo.
Doyo is not only the extra season (from our Western point of view), it seems to move around. Sometimes it’s squeezed between Summer (Fire) and Autumn (Metal). A sort-of-season some of us grew up calling Indian Summer or Late Summer. Also known as that muggy phase settling like a heavy wet blanket over late August and early September.

Other times in some Taoist practices, Doyo is considered a part of each Season. Specifically, the last eighteen days of each of the four principal seasons. That translates as four separate slices of Doyo forming one season. Well, that’s all over the place. Wait, there’s more. Even though Doyo falls at the tail end of the seasons, it’s considered, energetically, to be at the center of the four seasons as a whole—similar to the actual centers of structures and land when practicing Feng Shui. 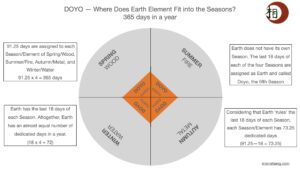 Look at the image and you will see why we can refer to the Earth Element season as occupying the center of the other seasons. Let’s start with the whole of the year on planet earth. There are 365 days. Most societies have divided the year into four equal parts or seasons. 365 days divided by four results in 91.25 days per season. Spring (Wood), Summer (Fire), Autumn (Metal), and Winter (Water) each have 91.25 days.

But how does Doyo and Earth Element fit in as part of each Season?

The Five Seasons are almost…almost…equal. Doyo is short a day-and-a quarter compared to the other four.

That’s clear, right? Each of the Five Seasons has almost equal amount of days.

Counting days turns out to be easy. Understanding why Doyo, in four separate parts, is thought to be the center of all the seasons, may not be as clear at first.

Take another look at the image while I explain: If you divide the four Seasons into four equal pies of the year, as I have on the slide, and take 18 days from the end of each Season for Doyo, you can easily see where I come up with the claim that Doyo is right in the middle.

(Look for next week’s Blog where I’ll cover the details of each of the Five Seasons.)