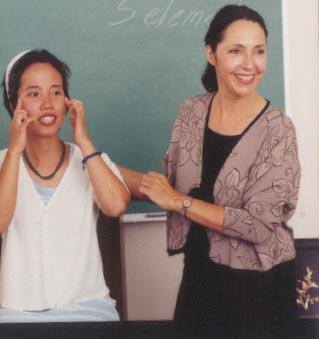 In 2000, Patrician McCarthy founded The Mien Shiang Institute in Santa Monica, California.
The four branches of Taoist teachings and practices of The Mien Shiang Institute are Chinese Face Reading, Medical Facial Diagnosis, Taoist Five Element Theory, and Taoist Psychology.
Patrician was the first to translate the ancient art and science of Mien Shiang for the mainstream American public and is a renowned expert and practitioner of Taoist Psychology, the study of behavior and personality according to the Taoist Five Elements.

Patrician McCarthy has written extensively about Mien Shiang, the Taoist Five Elements, and Taoist Psychology. She has been featured in such diverse publications as The Huffington Post, Cincinnati Enquirer, Natural Health Magazine, Brigitte, and Woman’s World Magazine, and BusinessWeek.com; and she has presented at various forums such as 99u Conference, School of Visual Arts—Manhattan, IONS Conferences, Renaissance Weekends, and The Committee of 200.

She has written several books, most notably THE FACE READER: Discover Anyone’s True Personality through Taoist Chinese Face Reading originally published by Dutton 2007 and Plume 2008 and In Your Element: Taoist Psychology to be released in 2021.

Learning Mien Shiang from Patrician McCarthy has been a valuable addition to my work in Traditional Chinese Medicine. It has become an integral part of my clinical practice and my teaching experience with students. I am grateful for everything she has taught me.”
Keiko Cronin, L.Ac
Former academic dean, Emperor’s College of Traditional Oriental Medicine

For speaking, teaching, or consultation inquiries, connect with Patrician

Connect with Patrician
We use cookies to ensure that we give you the best experience on our website. If you continue to use this site we will assume that you are happy with it. Privacy Policy. AcceptRejectCookie Settings
Manage consent